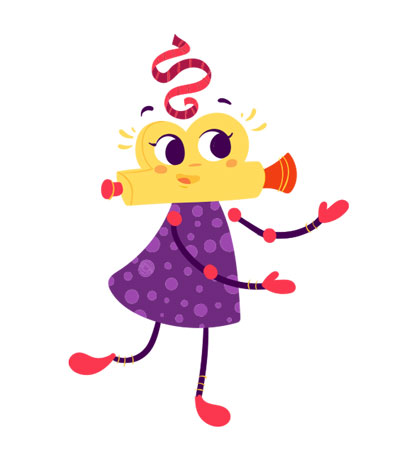 Known for its beaches, Florianópolis, in southern Brazil, hosts the most important event in the country when it comes to movie and children. Aimed at social inclusion and citizenship building through the cinema, Florianópolis Children’s Film Festival is moving forward each year and already is a reference in other continents.

The Florianópolis Children’s Film Festival exhibits films from Brazil and other different countries, which “increases the tendency of the event to be a window of the world cinema made for the children’s public”, according to Luiza Lins, director of the film festival.

A film selection will be showcased at the event – which is a pioneer and one of Brazil’s most relevant festivals in this segment. Filmmakers can submit their films until April 30th, free of charge.

National and international short films, all genres, intended for children’s audience, with a maximum 20-minute length will be admitted. The selected films will be showcased at the Festival. International productions will have a special session with Portuguese dubbing. There will be a Best International Film prize, voted by the audience.

The selection criteria announced by the film board are — technical and artistic quality, and content suitable for children — according to the indicative classification by the Ministry of Justice, of a ludic and/or educational character.

“As the Festival went digital since last year, there’s been an upward trend in the event’s national visibility and it has become even more attractive for directors from all over the country”, notes Luiza Lins, creator and director of the Festival.

The films selected for the Mostra 2021 will be announced on early May, at the event’s website.

The special 20th anniversary commemorative edition of the Florianópolis Children’s Film Festival will be held from October 16 to 24. The month of October was chosen because it is the month that honors children and also for allowing a careful assessment of the pandemic’s scenario until then.

The 20th Festival will have a hybrid set up: in person (if it’s safe to do so), with itinerant exhibitions for students from public schools and communities from the Grande Florianópolis area – Santa Catarina, and also virtually, through an exclusive channel of the Children’s Film Festival and through a streaming platform yet to be announced.

In addition to film competitions, workshops and live concerts, the Festival features short and feature films, invited from various countries. It also hosts the Children’s Cinema National Meeting, as well the Cinema and Education Forum.

“On 2020, we had 20 thousand people at the event. In 2021 we want to provide this benefit to even more people, since we have the experience from last year and now we have more tools to be able to reach a much larger audience ”, says Luiza.

On 2021, the Festival celebrates it’s 20th edition and the atmosphere is one of celebration for the accomplishments.

“For the past 20 years, we have been placing Brazilian audiovisual productions for children and young people on the agenda: every year, we call out for people and for the audiovisual segment to pay attention to this audience. Not only because of the formation of audience, but in the name of the development of citizenship. A child who sees the cinematography of her/his country and of different countries on the screen will have a greater and more critical awareness towards everything”, concludes Luiza.

Around 140 thousand children from schools shall be free to share Florianópolis Children’s Film Festival. The consideration of social accessibility is part of the purpose of the event. “It is a unique chance for these children know, first, the feeling of going to the movies, and also watch good films that are not available in any movie theater,” says Luiza Lins. To strengthen the children’s role, this year Best Film of Competitive Exhibition, which this year presents 72 short films from Brazil, will be chosen by a jury consisting of children and adolescents.

In addition to competitive shows, workshops and concerts, the festival features short and feature film sessions invited from various countries, and also holds the National Meeting of Children’s Cinema and the Forum on Cinema and Education. Held 20 years ago, the Children’s Festival is one of the main windows for launching films dedicated to childhood and youth and is decisive for the development of the sector.

For more information, contact us by e-mail inscricoes@mostradecinemainfantil.com.br or by phone +55 48 3065-5058.